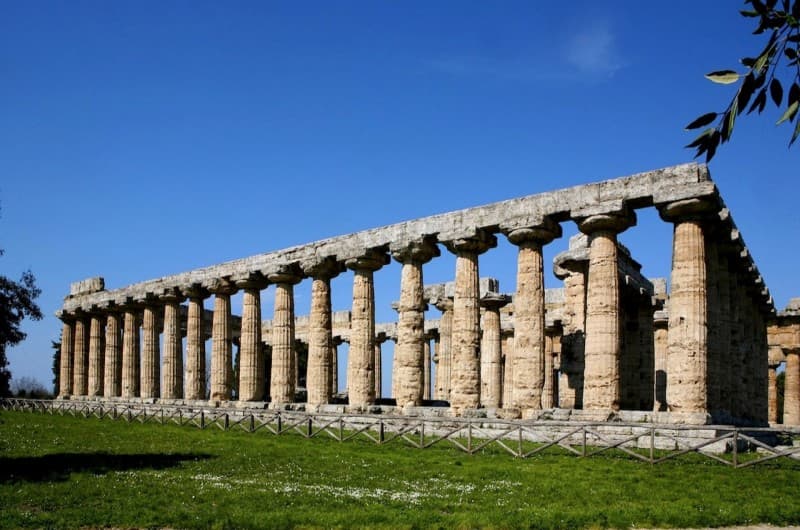 Pick-up in the morning at your hotel or assigned meeting point within Sorrento area and transfer by bus and explore the Salerno area and then visit the archaeological site of Paestum, during this full day group tour from Sorrento. Admire the architecture and monuments of these ancient cities and stroll through their historic streets and sightseeing!.Salerno is today an important cultural centre in Campania but it had a prominent role in Italian educational system during ancient times; it was, in fact, the site of the first medical school in the world and then consequentially considered the most ancient medical institution of European West. Stroll along its historical centre during the free time and then move to Paestum in the early afternoon.

Paestum, the most beautiful city in Magna Grecia.

The majestic Doric temples, illuminated by sunlight and the long coastal strip, brushed by a sparkling sea, are the elements which make Paestum a must on your activity list.

Considered by the U.N.E.S.C.O. as a world heritage, Paestum is famous for two things, its ancient Greek Temples and its Buffalo Mozzarella. We head southwards to the archaeological site of Paestum where you will visit the ancient Greek colony founded in the 7th century BC.You will also visit Paestum’s museum which displays many fascinating artefacts, such as sculptures and tomb paintings discovered during excavations.

Return to Sorrento in the afternoon.