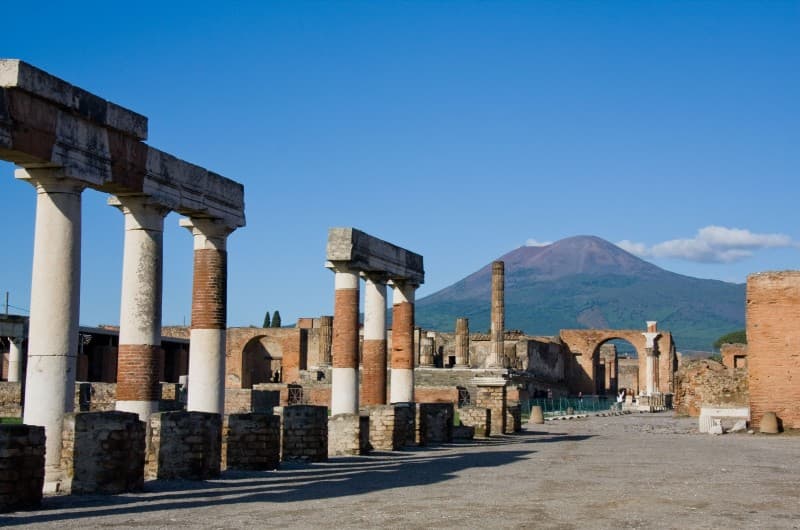 Take the train to the ancient Roman city of Pompeii,

Meet your guide for 2 hour approx guided tour outside Sorrento Train Station at the EDICOLA Meeting Point , and take the internal train : Circumvesuviana to Pompeii. Your VIP ticket gets you into the archaeological site without any queues or lines.
On conclusion of the tour you are free to return to Sorrento or remain in Pompeii to explore further .

Pompeii was an ancient Roman city near modern Naples in the Campania region of Italy, in the territory of the commune of Pompei.Pompeii, along with Herculaneum and many villas in the surrounding area (e.g. at Boscoreale Stabiae), was buried under 4 to 6 m (13 to 20 ft) ofvolcanic ash and pumice in the eruption of Mount Vesuvius in AD 79. Many of the inhabitants were also buried before they could escape.

The catastrophe was described in a surviving letter by Pliny the Younger, who saw the eruption from a distance and described the death of his uncle Pliny the Elder,an admiral of the Roman fleet, who tried to rescue citizens. The site was eventually lost until its initial rediscovery in 1599 and broader rediscovery almost 150 years later by Spanish engineer Rocque Joaquin de Alcubierre in 1748.

The city has been largely preserved because of lack of air and moisture. The artefacts preserved provide an extraordinarily detailed insight into the life of the city. During excavations liquid plaster was used to fill the voids in the ash that once held human and animal bodies giving often gruesome images of their last moments.Pompeii has been a tourist destination for over 250 years. Today it has UNESCO World Heritage Site status and is one of the most popular tourist attractions in Italy, with approximately 2.5 million visitors every year.

Excavations have recommenced in some unexplored areas of the city, with findings reported in April and May 2018.